Stephen Adams, 24, started his journey with Robbie Fluid Engineering in May 2016 after being one of several apprentices being made redundant from an onshore Oil & Gas firm.  He had already completed an HNC in Mechanical Engineering, and was part way through his Modern Apprenticeship with West Lothian College before starting with Robbie Fluid Engineering.  Working in the depot full time allowed Stephen to learn from his fellow journeymen who had trained and developed in the same way.

Stephen completed his apprenticeship in April 2018 and works for Robbie Fluid Engineering to further his knowledge and continue his development.  Stephen is now in the process of gaining further experience in the field.  Over the past 6 months Stephen has attended many jobs, breakdowns, and installation projects called into our office.

Mark Robbie says “It is great to have been able to help Stephen keep his career on track, and it is going to be interesting to see what sort of projects we can be involved in together”. 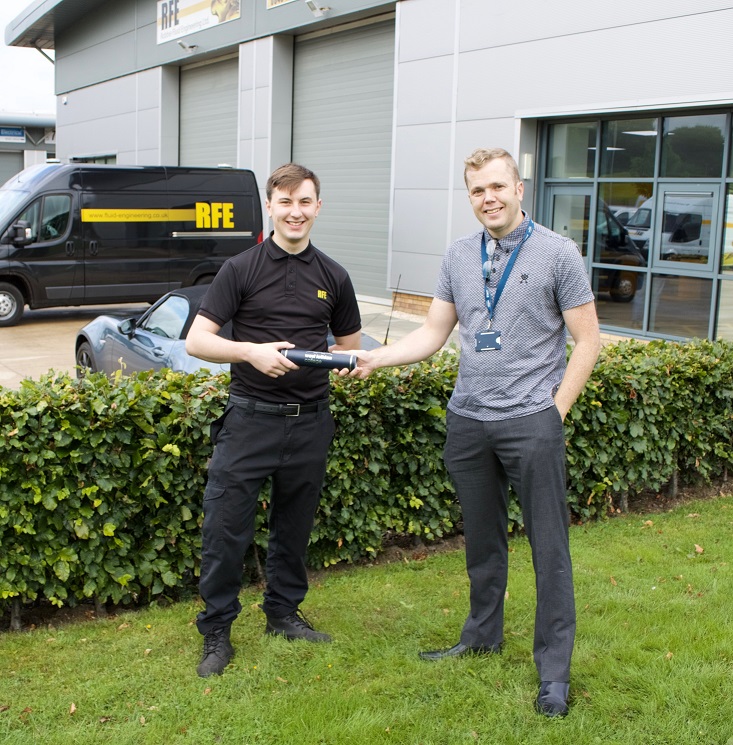